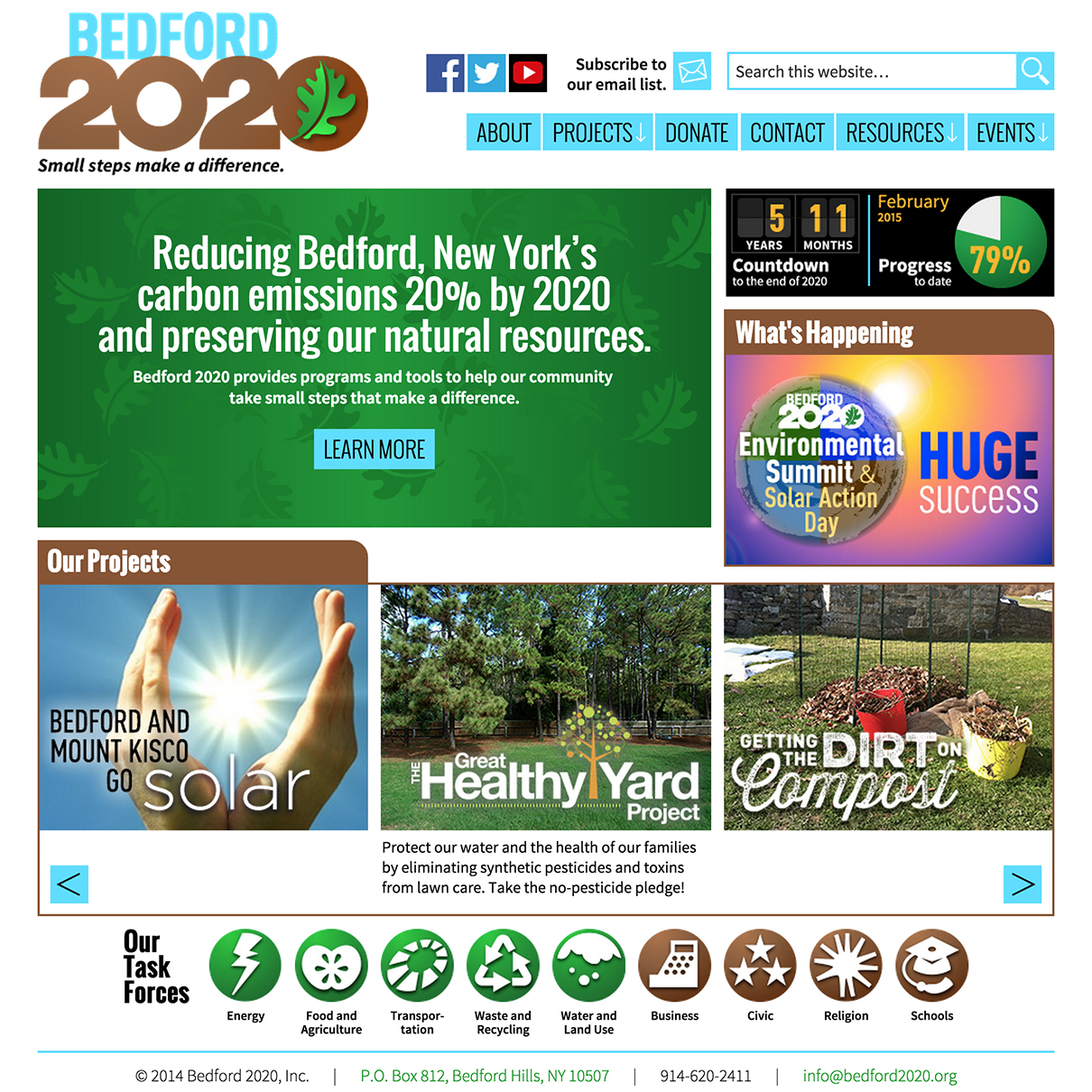 I spent the first half-century of my life within 20 miles of where I was born, in Westchester and Putnam Counties, New York. Before I moved to Philadelphia, I did just the right amount of networking to develop a location-independent clientele that kept me busy the first years of my freelancing.

The Bedford 2020 Coalition is a local grassroots effort to meet some environmental goals for the town of Bedford, a beautiful upper-middle-class hamlet with great historical roots.

This is the second iteration of a website I had a hand in. The first one was coded by a guy who lately has his own fan base, Matthew Wayne Selznick, and I took care of filling spaces with pretty pixels, before I was aware of how not to design something difficult to code in CSS. We collaborated, but with our benefactor acting as translator. This time, it was all mine to develop.

Yes, you’ll notice it looks terrible on your smartphone (unlike the site you’re looking at right now). Halfway through the production, the importance of responsive design sunk through my skull, and I now have a policy of designing from the smartphone outwards.

I didn’t have the time or inclination to find a JavaScript carousel plug-in solution that met our design, so rather than uprooting the whole homepage, I built something in Edge Animate. It’s already been altered a few times by only editing the JavaScript and the images, and not re-opening Edge Animate, which is good. I always want to design so that the next developer, or even the clients themselves, can fix what needs fixing.

The countdown clock in the upper right corner was originally to be a down-to-the-second clock, but they decided to just make it once a month, and have me go in and change it manually.